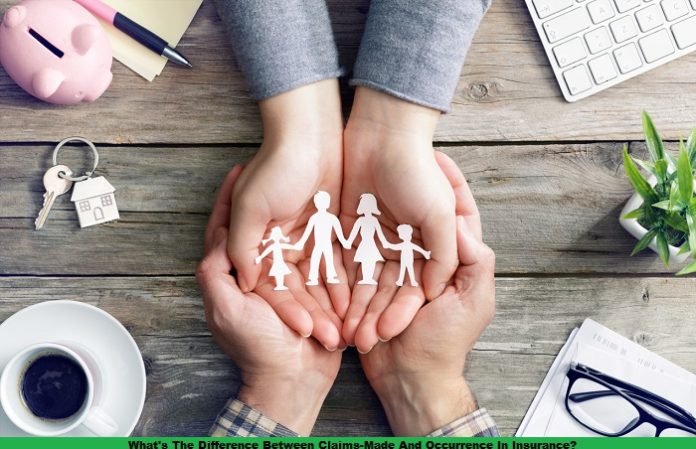 Why do you buy any business insurance policy? Easy, to protect your business from anything unexpected that can potentially disrupt it, right? But you know what, a small detail like whether your policy is claims-made or occurrence type can make a big difference! It can impact the amount you spend in paying the premiums and, most importantly, how optimally you will reap the benefits of those premiums! Yes, the big difference between claims-made and occurrence in insurance counts!

What’s The Difference Between Claims-Made And Occurrence In Insurance?

The occurrence policy is best explained with an example.

Suppose you buy a policy for the duration of January 2020 to January 2021, but an accident occurred on 1st December 2020. However, nobody filed a suit until December 2022. So, now your policy tenure has ended, but you need to make a claim. You can still claim with the occurrence policy because the event occurred during the policy tenure. In the case of an occurrence policy, it makes no difference whether the claim is made during the term or after it ends until the event has happened during the policy period.

Also read: Microinsurance: What It Is? Why Is It So Important?

So, by definition, an occurrence policy covers claims of events that occurred while your policy was in effect. Whether your policy expired or you canceled it, as long as the policy was effective at the time of event or activity, you are covered. Mostly, liability policies for businesses are bought as occurrence policies.

In a similar case like above, where the policy is valid from January 2020 to January 2021, the accident occurred on 1st December 2020, and the claim is made on December 2022, you would not be covered! But only if the claim was also made between the policy period you would have been covered!

By definition, a claims-made pays you when the claim is made during the policy tenure. Any claim made after the policy period has ended is not accepted.

Also read: Specialty Insurance: What It Is? What Are Its Various Types?

But the catch here is, when you renew your policy, you will lose the cover for all incidents that occurred in the past.

Like in the above example, say you renewed the policy after January 2021, but this new policy will not cover the accident on 1st December 2020! You will have to pay for it out of your pocket!

But, no worries! Prior Acts Endorsement or Retroactive Date Endorsement is there to save the day.

Retroactive date endorsement or prior acts endorsement helps you expand your coverage period to past events by increasing the policy period to multiple previous years.

Tail coverage allows you to make claims even after your policy tenure has ended, given the incident occurred during the policy tenure.

But unlike occurrence policy which provides lifelong protection from such incidents, tail coverage can only extend this period for 3-5 years.

The Difference Between How Limits Work In Occurrence And Claims-Made Policies?

While buying a policy, an important decision to make is about the policy limit. It determines how much your cover would be. So, let’s see how limits work in the case of both occurrence and claims-made policies!

So, policy limits in occurrence type are reserved for the incidents happening that particular year. And only the claims of events occurring this year can use these funds.

For example, You buy a policy from January 2020 to January 2021 with a $1 million limit. A claim was filed in December 2022 for an accident that occurred in December 2020 and cost $500,000. Your old occurrence policy will cover the cost, and you still have $500,000 pending for other future claims that arise from that year’s accidents.

Each year this limit is refreshed and is used for the accidents occurring in that year.

Regarding how limits work, claims-made policy limits do not carry forward limits as occurrence policies do.

For example, if the policy is claims-made, the December 2022 claim will not be covered by the 2020-2021 policy. You will have to use the current year policy limits, if you have one, to fill for the claim.

Unless you have bought retroactive date endorsement or tail coverage, below is how limits work in both these cases.

Through retroactive date endorsement, you can also cover previous years’ incidents. But unlike occurrence policy, your limits are not carried forward. You have to use your current year policy limit to fill the claims.

That is, your current year policy limits cater to the claims of incidents that occurred in these 12 months and a few previous years.

If your previous policy had tail coverage, then your current policy will not be used to pay for claims that arise due to incidents during the last years.

Instead, the old limits will be used for that year’s policy incidents.

If your business is such that there is a possibility of receiving claims for an incident that occurred way back in the past, go for an occurrence policy. But if you are more likely to receive claims for accidents pretty much soon, opt for a claims-made policy.

Also, before arriving at the final decision, it makes sense to weigh the benefits with the cost. An occurrence policy is costlier than a claims-made policy. But things are not that straightforward.

As you know, you need prior acts endorsement with claims-made policy; prices jack up pretty fast with every passing year. And it makes sense because of the risk for the insurance provider increases. So, the prices increase steeply too. But, interestingly, after five years, the cost of both the policies mature claims-made rates, and regular rates of occurrence coverage end up costing roughly the same.

So, this was everything about claims-made and occurrence policies. I hope the information was helpful and now the difference between claims-made and occurrence policies is clear. I hope now you have a better chance of choosing wisely. But in case you have any doubt regarding which policy will suit your business better, drop a comment below! I am all ears! 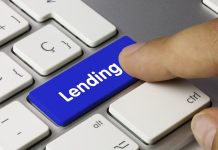 Here Are The 6 Steps In The Lending Process! 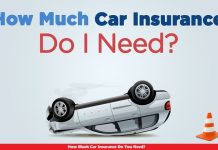 How Much Car Insurance Do You Need? 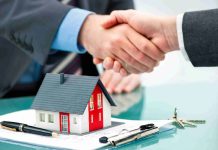 Complete Guide on How Does Mortgage Refinancing Work?

Here Are The 6 Steps In The Lending Process!

How Much Car Insurance Do You Need?

How to Create a Coupon Pop-up in WordPress in 5 Easy Steps!

ABOUT US
Welcome to our blog to read latest article related to health, wealth, Insurance, Attorney, loan & digital marketing. Subscribe or bookmark our blog to get latest updates
FOLLOW US
© Copyright 2020